Skip to content
Home > Spiritual Growth > How Do You Talk About the Christian Faith with Non-Christians? 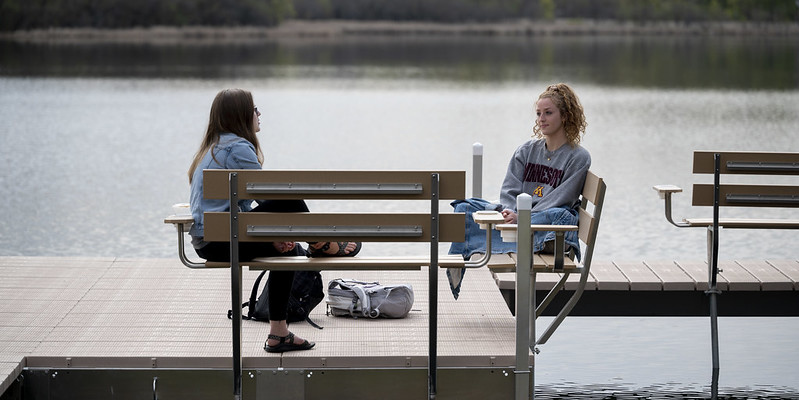 How Do You Talk About the Christian Faith with Non-Christians?

Recently, it seems to be getting harder and harder to engage in productive discourse, especially when it comes to topics people hold dearly—like religious beliefs. We turned to James Beilby, a professor of biblical and theological studies, for advice on how to talk about your faith with non-Christians:

According to contemporary wisdom, there are two topics that are off-limits: politics and religion. Some apply this rule just to Thanksgiving dinner, others to all polite conversation. These days, with apologies to my friends who teach political science, I’m taking a hard pass on talking about politics, but giving up on talking about my religious beliefs is much more complicated. If I believe that a relationship with Jesus Christ is of utmost significance, both in this life and the next—and I do!—how dare I keep that to myself? And yet, the prospect of talking about our faith is daunting. Many people feel completely out of their depth talking with non-Christians about faith, and there are so many examples where doing so seems to make things worse. What should we do?

Part of the scariness of talking about our faith is that we build it up into something really complicated and technical and academic. Talking about our faith, according to this scary picture, requires a specific evangelistic method, can only be effective if you have ample knowledge of the Greek New Testament, and must result in an immediate alter-call.

I’d like to replace this scary picture with a different one. Suppose you have a hobby that you really enjoy: carpentry, or fantasy football, or knitting stocking caps. Somebody sees the new table you’ve built (… or your fantasy football draft, … or your new stocking cap) and asks you about it. “How did you do that?” How painful would it be to tell them about your hobby? Not painful at all, and in fact, it would probably be a good bit of fun.

Let’s take a look at this assumption. I understand why people believe it to be true, but I think that it is false. Instead, I believe that most people love talking about religious questions. They are after all some of the most basic, important, and fascinating questions we can think about. What they hate is being preached at. They enjoy conversations on important religious topics, they hate being made to feel like they are stupid.

So everybody has to be an Evangelist?

Well, yes and no. To answer this question we need a distinction. I would say that all people are called to live their life in a way that shows the faith in a positive light. Let’s call this “lifestyle evangelism.” But does that mean that everybody is equally gifted at the task of sharing the gospel and answering people’s questions about the faith? No. Scripture seems to suggest that some people have a unique ability to share the faith with others. Everybody has the ability (and calling) to live a life that draws people to Jesus Christ and everybody can tell their story and “give the reason for the hope they have” (1 Peter 3:15), but some people are uniquely gifted at persuasively telling the story of the Christian gospel (evangelism) and at answering objections to the faith (apologetics).

The “how” really matters.

The reason why people hesitate to talk about their faith is that we have seen so many examples of it being done poorly. Too often, Christians are dismissive, arrogant, and downright un-Christlike in how they talk about their faith. Maybe they just read the first part of 1 Peter 3:15—“be prepared to give a reason for the hope you have”—and ignored the last part—“but do this with gentleness and respect.” This is a big problem. If you ask non-Christians why they object to Christianity, they might mention the problem of evil or the issue of religious diversity, but almost always they will mention that Christians are arrogant, unkind, dismissive, or legalistic. It is important that Christians talk about their faith, but it is crucial that we do so in ways that are kind, gentle, and loving. To this end, I offer three pieces of advice about how to talk to people about your faith:

The Hippocratic Oath is a pledge taken by Doctors in which they swear to “do no harm.” They cannot fix a broken finger by amputating the hand. Christians who talk about their faith should operate under a similar pledge. It is unwise and deeply unhelpful to force a conversation about God on somebody who is hostile or unwilling, especially since they may have been hurt by Christians in the past. Sure, talking about faith with people requires courage, but it also requires wisdom and discernment to decide when and how to engage. And please don’t quote Scripture at people when they have just lost a loved one. Sometimes silence and a quiet loving presence is best.

The problem with the notion of “talking about faith” is that Christians are given the idea that they need to do all the talking. Not only is this ineffective, it’s really annoying. Engaging somebody else on the concept of faith first requires listening and we cannot listen if we are talking. When all we do is talk, we are saying by our actions “what you think doesn’t matter.” In doing so, we become “that Christian”—the arrogant, dismissive, annoying one. It is far better to ask our conversation partner good questions about their beliefs and, when they speak, listen carefully. When we listen well, we are telling them “you are important” and “what you say matters.” And listening well has another important advantage: it is a lot easier to engage their beliefs and questions thoughtfully when you have actually listened to what they are saying.

3. Who you are is more important than what you know.

One of the barriers to people being willing to talk about their faith is that people believe that “they don’t know enough good arguments for the faith.” While I’m a big fan of good arguments, they aren’t what matters most. More important than knowing good arguments is kindness, gentleness, approachability, open-mindedness, and vulnerability. I have seen many instances where a highly motivated Christian apologist was steamrolling an unbeliever with a barrage of arguments for the Christian faith. The arguments were sound, but the presentation was so arrogant and dismissive that it didn’t matter. The fact is that there is no argument that is so amazing that it will compensate for an unkind, unloving presentation. Talking about our faith should not become a competition where we “make points” or “win a debate.” Remember, it is the Holy Spirit that changes hearts, not you. As Christians, we are merely called to be faithful to the opportunities God places in our path.

Interested in learning more about your faith? Bethel’s B.A. in Biblical and Theological Studies offers you an opportunity to build a strong biblical foundation and experience spiritual and personal transformation—all so you’re prepared to serve and lead.

Fill out my online form.